The benefits of using a universal remote control 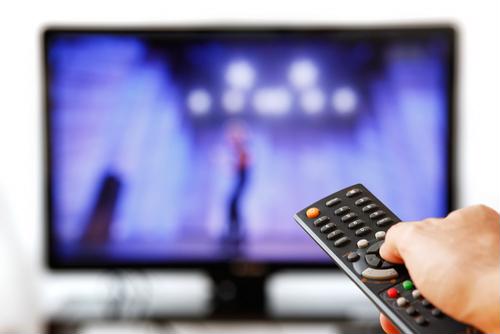 Take control of your devices with a universal remote.

How many hours in your life do you think you've wasted trying to turn on your television with a complicated remote? What's even more frustrating is trying to switch back and forth between the right remote control just to get the TV to turn on. There's a pretty good chance you've encountered this situation more than once or twice in your lifetime, but there are ways to limit the mess of remotes.

1. End the clutter
If you have a large entertainment center for your home, you likely have a remote for a Blu-ray player, a streaming player (Roku or Apple TV), a sound system, the cable box and the television itself. With these remotes lying around, it's no wonder why people don't enjoy setting up technology in their home or often find it too complicated.

Additionally, it's more than likely that your television, Blu-ray and sound system manufacturers are not all the same brand. This means you may have to use separate remotes to control each device. This takes up too much room on your coffee table or end table. Instead, switching to a universal remote can end the mess of remotes and reduce the chance of you losing one control. Having a single universal remote can control all your devices in one easy-to-use remote.

2. Cutting down the cost
You might not even think of it, but running numerous remote controls will cost you a small fortune over time in batteries. Also, nothing is more frustrating than switching through all your remotes to find out the one you need to turn on the television has dead batteries.

You can save money by using one remote instead of four, five or six controllers to operate your television entertainment system. Plus, f you break one remote, the functionality of these remote devices is thrown off and you'll likely spend too much money finding a replacement remote for a single device.

"The No. 1 benefit to a universal remote control is convenience and simplicity."

3. Simplicity
This may be a little obvious, but a single remote makes your television watching experience much easier than with multiple controls. The No. 1 benefit to a universal remote control is convenience and simplicity because it allows you to quickly switch between different systems.

When you come home after a long day at work, the last thing you want to do is sit down and have to get back up to turn on your television manually, or to fumble through remotes just to get your entertainment center to work. Get rid of the hassle that comes with multiple remotes by getting a universal remote control that can switch between gaming systems, video players and even control the volume on your audio system when listening to music and watching movies.

A universal remote literally lets you control your electronics with an all-in-one device. Power buttons, volume controls, mute, pause, replay and input options are all at your fingertips on a single device.

4. Easy setup
Another great benefit to universal remotes is that they are rather simple to set up. Many people think it may be difficult to get a single remote to control each device, but Jasco provides step-by-step instructions and downloadable PDF documents with every single programming code for all your devices. With a few clicks of the mouse, you'll be in control of your home entertainment devices.