Check out these ideas from our friends at Houzz to help you refresh the kitchen space without splurging on a whole new kitchen.

Investing in a new kitchen can be costly and involves an awful lot of upheaval. Instead of embarking on a huge project, consider these snappy ideas and indulge in a little low-stress kitchen refreshment.

END_OF_DOCUMENT_TOKEN_TO_BE_REPLACED

Topics: LED Lighting, How To, Around the Home

Feature | Keeping Up With USB-C 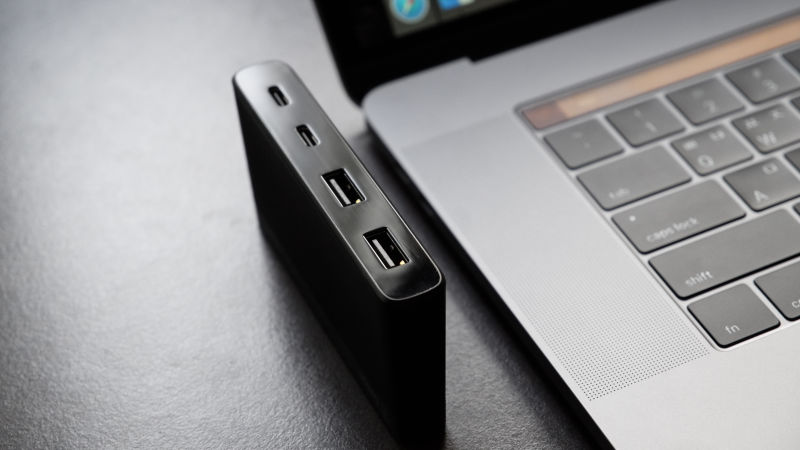 We hate to break it to you, but the traditional USB ports you’ve used to connect your cameras, controllers, and other gizmos for the past 20 years aren’t long for this world. The whole squad’s getting replaced by a few great alternatives, though they each come with their own pros and cons. If you’re thinking of upgrading your devices this year, here are the ports you’ll need to get familiar with to keep up with today’s tech.

END_OF_DOCUMENT_TOKEN_TO_BE_REPLACED

Google just announced they're joining the “skinny bundle” TV war with YouTube TV, a paid subscription service that streams a slew of premium broadcast and cable networks to your mobile device, tablet, computer, and anything with Chromecast.

Just $35 a month gets you six accounts and access to live TV from more than 40 providers including the big broadcast networks, ESPN, regional sports networks and dozens of popular cable networks. Subscriptions include cloud DVR with unlimited storage, AI-powered search and personalization, and access to YouTube Red programming. YouTube CEO Susan Wojcicki calls it the evolution of television, and a bid to “give the younger generation the content that they love the flexibility they expect.”

END_OF_DOCUMENT_TOKEN_TO_BE_REPLACED

Topics: Around the Home, News, Cutting the Cord

Houzz Feature | Design Ideas Coming to Homes Near You in 2017

Looking for some great ideas for your home? How about a voice-activated assistant that will give you a weather update while you pour coffee into a preheated mug from a warming drawer? Not your style? No worries — there’s something for everyone in this preview of 2017 design trends. We plowed into Houzz data, sifted through popular photos and articles, and talked to industry leaders for this look at 27 things we think you’ll be seeing more of in the home in 2017.

END_OF_DOCUMENT_TOKEN_TO_BE_REPLACED

Topics: How To, Around the Home Home automation is picking up speed, and very soon there will be no slowing it down. Homeowners and tech lovers everywhere are trying their best to get their hands on a piece of the smart home, and take it for a spin to see what all the fuss is about. Now, more than ever, homeowners are gravitating towards finding a spot for tech in their homes. Can you blame them? Connected homes and home automation devices go hand in hand to turn the house into a beacon of comfort, efficiency, and sometimes laziness.

END_OF_DOCUMENT_TOKEN_TO_BE_REPLACED

Topics: Smart Home, How To, Around the Home, Safety & Security

3 Reasons to Fall in Love with Outdoor Lighting

The following is a guest blog from the design and landscaping experts at Havenscapes. If you would like to write for the Jasco blog as a guest contributor please let us know.

Whether it is summer or winter, outdoor lighting can add the perfect touch to your yard. Brightening up your landscape will add a charming, whimsical look to any outdoor space, whether you hang LED cafe string lights on your trees or pavilion or you install landscape lighting alongside your driveway or around your pool.

Here are some ways to use the latest outdoor lighting trends to transform your yard.

END_OF_DOCUMENT_TOKEN_TO_BE_REPLACED

Topics: LED Lighting, How To, Around the Home